Capabilities to complete simple to unique schemes at your request.

Read More
Helicopter Painting presents a unique challenge to an aviation completions company, which is why many completion firms in the industry avoid offering Helicopter Painting as a standalone service, almost reluctantly taking on such projects, whilst concentrating on fixed wing aircraft.
Here at JETMS, we are different. Over the last twenty years of operations, Helicopter Painting has grown into and maintained a core position as one of our leading services. During this time, we have painted and protected thousands of helicopters, with outstanding results at our purpose built London hangar.

To achieve the perfect result, every exterior part, such as doors, belly panels and drive shaft covers need to be removed from the helicopter for preparation. Each item is then individually assessed, treated and painted in a dust free, controlled environment. Typically, this process includes stripping components of their paint and protective coatings down to the base before building the paint and protection layers back up in stages, however each aircraft requirement can be discussed in full with the customer. This process also serves as an opportunity to inspect each component for premature wear and tear, or damage.

To be able to carry out the above process, our teams are regularly trained by the world’s leading Helicopter manufacturers, getting to know each aircraft intricately.

All JETMS technicians fully understand how to treat the wide range of materials found on a Helicopter including aluminium, aluminium composites, carbon fibre and Kevlar, ensuring the right manufacturer approved products and techniques are matched to the right material on the aircraft.
The unique requirement which is placed on each Helicopter by an organisation demands livery which makes an aircraft both distinctive and informative. As part of our Helicopter Painting Service, we specialise in designing and applying unique livery and artwork to helicopters serving in a wide range of industries, including military helicopters, emergency services helicopters, air ambulances, commercial helicopters and civilian helicopters.

Regardless of what custom paint job you want, JETMS can turn your ideas into concept, then into reality.

A one size fits all approach simply doesn’t work in the completions industry, below we discuss the difference between a helicopter & fixed wing aircraft painting project.

Helicopters are some of the most versatile pieces of equipment on the planet, and this is reflected in the wide variety of organisations which deploy helicopters in many different roles, including:

To perform in these unique environments, helicopters are fitted with specialist equipment to their exteriors, which can include cameras, spotlights, weapons systems and load carrying accessories. During painting, all this equipment has to be meticulously removed, treated with specialist materials and then re-fitted. In comparison, fixed wing aircraft usually have very few removable parts which require specialist care and treatment.

The ‘skin’ of a helicopter is placed in an incredibly hostile environment whilst operational. During each flight, rotor blade wash pushes exhaust heat directly onto the aircraft, whilst the rotors whip up all manner of punishing grit, earth and water onto the aircraft, meanwhile the turbine is dumping soot and hot burnt oil onto the aircraft tail.

Considering the amount of soot and dirt which can become ingrained on the aircraft, the exterior of a helicopter must be cleaned after each flight, if the right paint and protection is not applied to a helicopter, harsh cleaning chemicals used can prematurely strip the coating and paint off the aircraft. At JETMS we only use paint and coatings which have been recommended by helicopter manufacturers and are proven to perform and protect in all environments, allowing your helicopter to be kept in showroom condition.

All paint projects are managed by Chris Ransley, a founding partner of JETMS, recognised as an expert in the field of helicopter painting and refurbishment, Chris has worked at a number of companies including MetAir, Hunting Aviation and Trace Worldwide, having started his career as an apprentice.

CHECK OUT OUR WORK 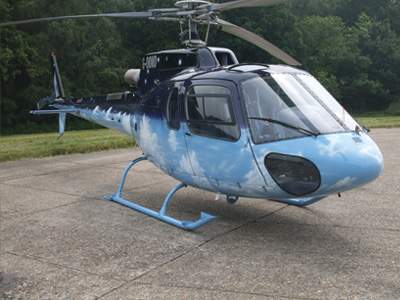 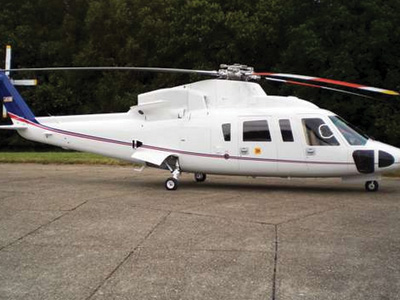